Randall Cooper
Many cyclists experience groin pain and/or cramp and wonder why. Do the adductor muscles even work during cycling? Research suggests they do, and getting the adductors stronger could help improve your performance.

Cycling is a symmetrical activity with minimal rotation and side-to-side movement. For this reason, the hip adductors (inner thigh muscles) are the forgotten muscle group with most studies that have investigated muscle activation patterns in cycling neglecting to even include them in their analysis all together.

However, one study published in the European Journal of Applied Physiology in 2009 was the first to directly measure the activation of two major adductor muscles; Adductor Magnus (AM) and Adductor Longus (AL) during cycling (Watanabe et. al. 2009).

Adductor muscle activity was measured in 16 healthy cyclists whilst they performed an incremental step test until exhaustion. Even though both the Adductor Magnus and Adductor Longus muscles are categorised as adductor muscles, AM and AL muscles showed a distinct difference in activation patterns.

Adductor Magnus showed a second phase of activation at the beginning of the upstroke indicating that it may also have a role in flexing the hip and an important role in pedalling motion.

In contrast to Adductor Magnus, Adductor Longus apperars to contribute more to the coordination and control of the lower limb during the pedal stroke, rather than propulsion.  In the study Adductor Longus is highly active during the upstroke and displays increased activation as well as overall fatigue as the resistance increased.

Image: Single Leg Press – great for Adductor Magnus, but needs to be done with a full range of motion

Improving strength, endurance and power in your adductor muscles will not only help manage injuries and cramping in this region but will also significantly improve power output. 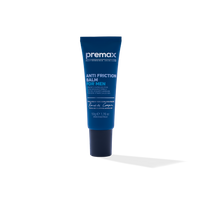 The ITB - Between a Rock and a Hard Place | 19.06.17
The Iliotibial band, also known as the ITB has a b... Read More
Recognition of Concussion in Sport | 10.11.16
We all have some appreciation of what a concussion... Read More
Does Dry Needling Work for Sports Injuries? | 26.06.17
Dry needling is a technique that involves insertin... Read More