Randall Cooper
Pain in the front of the knee is a problem for many cyclists. Thirty six percent of professional cyclists experience anterior knee pain, and it accounts for nearly 60% of time lost due to injuries on the bike. Generally, cyclists are a tough bunch who are used to pushing and working through pain, however anterior knee problems create more issues than just pain. Muscle inhibition can also occur, and a cyclist can develop a subsequent lack of strength affecting power and performance.

Anterior knee pain is a generic name given to pain at the front of the knee, however various structures and pathologies can be involved. Former Orica GreenEdge physiotherapist Rob Brown has given an excellent account of medial plicae syndrome on this blog already. The patella tendon, quadriceps tendon, knee bursae, fat pad, ITB, and pain referring from other areas can contribute to anterior knee pain, but for the purpose of this blog I’ll focus on pain arising from the knee cap, also known as patellofemoral pain.

Patellofemoral pain syndrome (PFPS) typically develops on the lateral (outer) side of the knee cap (2), and patellar maltracking is thought to be the leading contributing factor. Cycling experience, training volume and type (i.e. hills and sprints), bike set up, relevant previous injuries, and other sports and activities can all contribute to PFPS in cyclists, however I’d like to mainly discuss the relationship of muscle activation patterns and PFPS.

A recent study published in Medicine & Science in Sports & Exercise (3) investigated the muscle activation patterns of the quadriceps and hamstrings in cyclists with and without PFPS. Seventeen experienced cyclists who rode over 200km per week were recruited for the study. Ten of these cyclists were healthy, 7 had PFPS. Each cyclist completed a 10 minute cycling trial on their own bike on an indoor trainer with surface EMG data recorded for the vastus medialis versus vastus lateralis (quads) and semitendinosus versus biceps femoris (hamstrings).

There were some muscle pattern differences, but not in the way most would expect - there was no significant difference found between the onset timing of the VM vs VL between the two groups. Delayed inner (VM) versus outer (VL) quadriceps onset timing and strength has long been thought to be the default muscle pattern error in people with PFPS (4), but not so in this study. The VL did stay on a little longer in the PFPS group, but this occurred at 147° knee flexion so that’s unlikely to be the primary reason for the knee pain (the patella is sitting very snuggly in the femoral groove at this angle).

For the hamstring muscles, there were differences between the healthy and knee pain groups. The biceps femoris (lateral) muscle switched on earlier and switched off later than the medial hamstrings in the PFPS group. This lateral-more-than-medial hamstring activation pattern has also been noted in gait studies in people with osteoarthritis of the knee (5). Over activity of the biceps muscle will cause higher levels of tibial external rotation, also lateralising the patella causing an increase in contact pressure of the lateral facet of the patella. Other studies have linked increased tibial external rotation with patellofemoral pain (6).

The research by Dieter and colleagues raises an interesting question: is an overactive biceps the cause or result of anterior knee pain? My gut feeling is that is the cause, but further research can answer that question.

As per usual, weak and delayed medial hamstrings are a problem for most sports, cycling included. 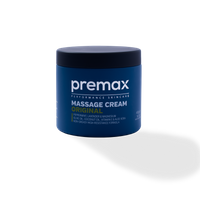 Non Operative Treatment Options for ACL Tears | 20.03.19
In the latest edition of “Mick talks with…”,... Read More
Poor Biomechanics May Lead To ACL Injuries | 17.03.15
Dynamic knee valgus, or inward turning of the knee... Read More
Does Massage Accelerate Recovery From Exercise? | 24.09.15
Recovery from exercise and sports is a challenge f... Read More