Randall Cooper
Connor Swift, the 2018 British National Road Race Champion came into the sport relatively late mixing road and track cycling with triathlon when he was a junior. Then, when racing for fun in 2010 he quickly began to focus only on road racing.

Connor knows all too well about recovery from injury. In 2016 Swift was involved in a severe crash sustaining six vertebrae fractures, seven rib fractures, one fracture on the base of his skull, metacarpal fractures on his right hand, right scapula fracture, a small pneumothorax of the right lung and a left leg laceration. Swift’s career was nearly over before it had even really begun.

However, his determination saw him back on the bike and signing a contract to race as a professional for the first time with Madison Genesis in 2017.

Since then Connor has gone on to claim a long list of podium placings on the UK scene, culminating with winning the British road race championships in 2018, beating the world-tour opposition.

So how does the 2018 British road champion maintain peak performance and stay injury free throughout the season?

Connor's recovery routine after a big ride is based around optimal nutrition, stretching and hygiene. Connor loves a smoothie straight off the bike to replenish energy levels followed by a 5-minute general stretching routine. Later in the day or in the evening is when he rolls on the foam roller if by himself, or get's a massage when with the team.

The team employs a full time soigneur who assists the riders with these aspects of recovery however if you do not have this luxury Connor recommends using a foam roller or massage balls as a great way to reduce muscle tightness, improve and maintain joint range of motion, maximize recovery and keep your body in shape during the season.

Image: Long days on the bike require body maintenance off the bike

Due to a hectic race schedule, Connor finds it difficult to squeeze in gym work during the season and is careful not to overload his body. However, during the off-season, Connor will focus on core exercises, light weight lifting and mobility routines to prevent injuries and maintain muscle loading when not doing as many hours on the bike.

Connor focuses on the basics; one leg squats, deadlifts, mobility, box jumps, planks and back extensions. These exercises are great at hitting all the target areas for a cyclist and most of them can be performed at home or on the road.

Skincare and hygiene on and off the bike?

Connor highly recommends using plenty of Premax Anti Friction Cream to prevent saddle sores as well as making sure your shorts are always clean and in good condition.

Image: Getting ready to ride with Connor Swift from Madison Genesis

Directly after a ride Swift also recommends getting out of your shorts as soon as possible, getting showered and making sure you're skin is clean and refreshed.

Best wound care after a crash?

"After a crash, get the wounds cleaned up nice and quick to get any dirt out. And then get them covered up. There is a range of different types of plasters out there now, but when I get a deep wound on my hip, I like to use one of those plasters that's like a vacuum pack, waterproof and keep it on there for a few days and keep it covered up"

Image: Taking care of grazes and wounds in cycling is important

“The Premax Sports Sunscreen is my favourite product, I think it’s great. You lather yourself up with it and you can have it on for hours and you don’t get burned at all because it’s factor 50, sweat resistant, water resistant. You whack a layer of that on and you can stay Casper for the rest of the year!” 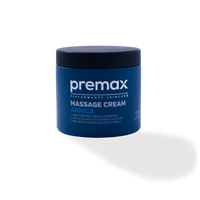 Do You Need Chamois Cream? | 09.07.15
Chamois cream, these days also know as anti fricti... Read More
Orthotic Insoles For Cycling: Do You Need Them? | 19.05.15
Orthotics and in-shoe wedges have been recommended... Read More
Light Exposure and Physical Performance | 21.09.15
Athletic performance varies over the course of eac... Read More