Randall Cooper
The circadian clock is an important 24-hour cycle that drives many of our biofunctions, and many will be familiar with its effect on the sleep-wake cycle. However, this biorhythm affects our health beyond sleep and finding your biorhythmic beat will help improve your skin health and athletic performance.

Every cell in our body has a circadian rhythm and its master clock is the suprachiasmatic nucleus (SCN) in the brain. The SCN receives direct input from the retina, which allows determination of day and night. This central SCN timing system however is also influenced by peripheral circadian clocks – including the skin, which are synchronised with the master clock’s output signals.

The obvious example of where we feel the power of our circadian rhythm is when we cross time zones quickly. Jetlag! Interestingly, it appears the SCN quickly adapts to the new day/night cycle however other tissues in the body need at least 8 days to get back in sync with the master clock (1).

The skin has its own circadian rhythm, and the timing of this rhythm plays a crucial role in skin cell turnover, and in turn skin health. New skin cells are usually generated in the early evening, and the body undertakes skin repair processes in the early morning hours. Recent research (2) however has shown that UVB light can affect the gene expression of repair enzymes, and subsequently the biorhythm of the skin and its 24-hour repair process cycle.

Wearing a good quality SPF in the middle of the day when exposed to direct sunlight for long periods will help, however it’s not the only form of light that affects the skin’s circadian rhythm. Blue light – which is emitted from electronic devices such as computers, tablets and smart phones can also affect our natural circadian rhythm (3). Blue light stimulates the SCN and as it’s the central clock that sets all the other peripheral clocks, the skin’s natural renewal and repair process can be also be affected.

Both UVB and blue light influence the skin’s circadian rhythm in what’s been termed “epidermal jetlag”.

The practical implications for active individuals are that if you’re looking to optimise the repair, renewal and condition of your skin, whether following an injury (such as a graze or chafing), or just for overall skin health, limit your UVB and blue light exposure.

Athletic performance has also shown to be influenced by circadian rhythm. There’s been a popular belief that athletes perform best in the evening, however research published in Current Biology (4) showed that personal best performance times differed significantly depending on whether you’re naturally an early riser or a night owl.

In the study, researchers recruited 121 competitive level athletes who initially undertook an RB-UB chronometric test to ascertain their natural circadian phenotype, then underwent a series of maximum effort BLEEP tests to see when they performed best.

The results showed that early risers reached their peak at 12pm, and night owls at 8pm. However, it appears peak performance is more so related to the number of hours after athletes have awoken (internal biological time) rather than the time of day (external time). Individual performance varied by up to 26% over the course of the day! So you do have a physical performance sweet spot.

Tips to Optimize Your Biorhythm 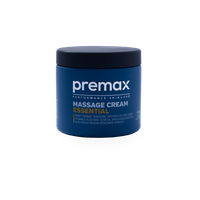 A medium resistance massage cream that leaves athletes and clients with fresh, hydrated, nourished and clean skin. Packed full of premium ingredients and an uplifting natural citrus scent, Premax Essential is a unique massage cream with an ideal balance of traction and glide.

Load Management and Treatment of Plantar Fasciitis | 20.03.17
One of the most common causes of heel pain is Plan... Read More
The Ergogenic Window of Opportunity with Sodium Bicarbonate | 31.08.20
Sodium Bicarbonate has been used by athletes for y... Read More
Groin Pain in Cycling | 29.04.19
Many cyclists experience groin pain and/or cramp a... Read More