Randall Cooper
Melanoma is a well-known enemy in Australia. It is the result of the interplay between sun exposure and numerous genetic factors; yet, despite its well-known risks, very little is known about to what degree it is caused by sun exposure versus genetic influence, or how these two interact.

To do this, researchers drew upon the QSkin Sun and Health Study, a prospective cohort study of 15,737 men and women aged 40-69 years living in Queensland in 2011. This cohort was assessed both for their genotype and ultraviolet exposure.

The study found that 2.7% (420) developed melanoma during a median period of 4.4 years, and identified several key risk factors for melanoma amongst the participant cohort: their country of birth, the age at which they migrated to Australia, having >50 sunburns in their youth, and a history of other skin complications from sun damage, like keratinocyte cancer (non-melanoma cancers) or actinic lesions (rough, scaly patches on the skin).

The study results suggest that people with a genetic predisposition to skin cancer only need modest levels of exposure to a sunny climate to develop this disease. People who are born and grow up in Australia have a 50 percent increased risk of melanomas, while those migrating to Australia as adults, who have the same genes, are less likely to develop the deadly disease.

The study confirms that sun damage up to the age of about 20 is particularly dangerous for people with a higher genetic risk.

As summer approaches, it’s another reminder to stay sun smart and protected from excessive exposure from the sun. 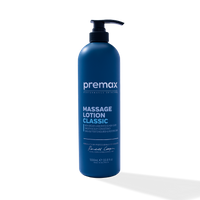 Warming Up Has Changed | 29.07.20
It wasn’t all that long ago that a warm up consi... Read More
Inside World Tour Cycling: Team Behind The Scenes | 16.07.15
The daily schedule and logistical requirements of ... Read More
Enhance Performance With Vitamin D | 14.09.15
Do you have low Vitamin D levels? If you are not ... Read More