Randall Cooper
I’m sure everyone would agree that this age of technological revolution has been amazing to watch and experience. New technology has influenced every facet of our lives, and sport and health are no exception. Smart materials, nanotechnology, and portable real-time wireless devices has allowed athletic and health care professionals to monitor human physiologic function and performance like never before.

As technology improves, and wearable sensors become more mainstream and affordable, a variety of devices are now available to the general population and athletic teams. So what’s on offer, what are the current limitations, and where are we heading?

Wearable devices used in sport and sports medicine can be categorised as either physiologic sensors (heart rate monitors, temperature monitors) or movement sensors (pedometer, accelerometer/gyroscope, GPS). The data that all these devices can convey, in real-time or retrospect, can influence athlete or team tactics/player positioning, training programs, and potentially screen for injury and fatigue.

Here’s an overview of the current state of play (no pun intended):

Heart rate monitors have been around for a while (1980’s), and are used as an easy way of indicating exercise intensity and physiological response to exercise. Chest strap heart rate monitors such as those made by Polar comprise a chest strap that transmits data to a wrist watch or device. Chest strap technology has improved in recent years with the use of conductive smart fabrics and built in microprocessors. There is some research to suggest that chest strap devices are less susceptible to motion artefact and more accurate at higher heart rates compared with the newer optical sensor devices.

Some modern heart rate monitors such as those made by Suunto and Polar also include other components (such as an accelerometer) that can also assess speed, distance, heart rate variability, and breathing rates. Algorithms between the components can determine core temperature and dehydration/metabolic demand.

Ingestible sensors, also known as thermometer pills, have been used in astronauts, firefighters, navy special operations, and athletes. Sensors such as the CoreTemp pil by HQInc are swallowed a few hours before the activity and core body temperature data is wirelessly transmitted to a data recorder. Data can be integrated with a heart rate monitor. The pill passes out via the digestive system after a day or so. The limitation of thermometer pills is that taking in cold water and/or food can affect readings.

Arm bands and skin based temperature sensors have had been shown to have poor reliability during high intensity exercise.

Pedometers are by modern standards quite simple devices, but are widely used. Pedometers measure the number of steps taken, but don’t give information on change of direction or energy expenditure. Pedometers are a good front-line tool to help promote an active day-to-day lifestyle, where people can focus on achieving a minimum number of steps on a daily basis.

Accelerometers and gyroscopes provide the ability to measure movement in multiple dimensions, and can estimate energy expenditure over time in non-linear sports such as Australian rules football and tennis. Accelerometers are also useful in the analyses of movement patterns such stroke patterns in sports such as swimming, golf, and rowing.

Personal wristband devices that use accelerometers include Jawbone and the FitBit.

GPS (Global Positioning System) devices are used for people participating in sport to measure positional data. There are 24 GPS satellites that orbit the earth, and a GPS receiver compares the difference in time a signal was transmitted by a satellite by the time it was received. The time difference tells the GPS receiver how far away the satellite is. A GPS receiver must lock onto 3 satellites to get 2D information, and 4 satellites for 3D.

Devices that incorporate GPS technology include Garmin and TomTom. Devices such as these can give athletes real time information such as location, distance travelled, altitude, speed, steps taken, pace, and calories. Some devices are ANT+ compatible such as the Garmin Edge bike computer which can integrate heart rate monitors, gear shifting sensors, and power meters.

The disadvantage of GPS devices is that they don’t work indoors or in some sports stadiums as the signal to the satellites is attenuated and scattered by roofs, walls, and other objects. Several companies have overcome this introducing their own LPS (Local Positioning System) where portable nodes can be placed around stadiums as well as GPS capability. Australian company Catapult has led the charge with this technology, with their devices also integrating accelerometers, gyroscopes and magnetometers giving sports teams and athletes a wealth of information – all the usual GPS/LPS data, but also inertial measurements such as force (of a tackle for instance), direction, tilts, jumps, and change of direction.

Another set integrated devices used in sports and sport medicine is the DorsaVi range. This system uses wearable sensors that are placed on the body to assess movement patterns (with accelerometers, magnetometers, and gyroscopes) and muscle activity (surface EMG sensors) for a variety of movements and activities such as during a squat, straight leg raise, or lower back flexion. The real time data can be used by health and sports science professionals to quantify movement patterns, make immediate changes, and reassess objectively and quickly. Recent research has shown this to be an effective intervention for lower back pain (1).

In summary, the pace at which wearable technology is influencing and benefiting sport and health is incredible. New wearable technology has allowed sports medical/science professionals, coaches, and athletes of all levels to improve training regimes, assess for movement patterns and errors, and potentially screen for injury. I’m looking forward to what’s next! 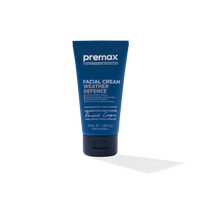 Knee Injury Rehabilitation: Finish What You Started | 23.11.15
Let’s face it, knee injuries aren’t fun. They ... Read More
Over Indulge? Try Eating Like The French Do | 12.01.16
Many of us spend the first few weeks of January tr... Read More
An Update on ACL Injury Prevention Programs | 15.10.18
If you caught my last blog, you’d remember that ... Read More