Randall Cooper
Want to live longer? It’s simple - just be an Olympian! That’s what a new study in the British Journal of Sports Medicine confirms, by looking at the average lifespan and causes of death of male and female Olympic athletes compared to the general population in the US.

The study gathered a total of 8124 former US athletes who had participated in the summer or winter Olympic Games at least once between 1912 and 2012 and found that these athletes lived 5.1 years longer than the general population.

This discrepancy in life years was because Olympic athletes were found to enjoy a significantly lower risk of cardiovascular diseases, respiratory diseases and cancer, while also being less likely to die of metabolic disease and digestive system diseases.

However, the study found the Olympians to be no less susceptible to mental illness or to nervous system disorders.

Nonetheless, if you needed any more motivation to aim for the Olympics, this is it! 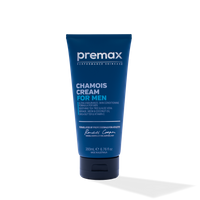