Mick Hughes
With Dale Morris (Western Bulldogs AFL player) making a recent return back to football, just 3 months after what has been reported as a partial tear to his left ACL earlier this year, I wanted to discuss partial tears to the ACL and how they are managed. Eerily, it was a case of déjà vu for Dale Morris, who last year made a successful return to AFL 3 months after nonoperatively managing a partial tear to his right ACL.

Compared to full tears to the ACL, partial tears are less common; with an incidence of 15-30% depending on what study you read. What can be quite confusing for us as clinicians is that the patient with a partial tear to the ACL will also report a similar history and symptoms as the patient with a full ACL tear; generally a non-contact mechanism of injury, feeling a tear or a pop at the time of the incident, difficulty weightbearing immediately, poorly localised pain, swollen knee within 2 hours of the injury (heamathrosis).

Unlike full ACL tears, which have a limited healing potential, questions remain as to whether the partially torn ACL can “heal” over a given time frame? And whether the patient with a partial tear can return to previous levels of function and sport?

(Pujol et al., 2012) performed a systematic review of studies on partial ACL tears and found 9 suitable case/cohort studies that included over 436 patients (mean age 28 years) who were followed up on average for 5 years after their partial ACL tear was diagnosed. The authors reported that pre-operatively, the Lachman test was positive in 49% of cases, and the Pivot-Shift test was positive in 0% of cases. At 5-year follow-up however there was a slight change; positive Lachman tests had reduced slightly to 47% of cases, but a positive Pivot-Shift test was seen in 26% of cases. Of note, 52% of all the patients had returned to pre-injury level of sport during the 5-year follow-up.

FYI: for those of you were aren’t medical: the Lachman test is a clinical test of ACL integrity. It is very accurate in the clinical setting with a conscious patient, however isn’t as accurate as the Pivot-Shift test. The problem being for the Pivot-Shift test, it is a very accurate test in diagnosing an ACL injury, but to get this high accuracy rate, it requires the patient to be under general anaesthetic.

So, it appears that in adults some partial ACL tears don’t heal, and progress in laxity over time. However, in adolescents and active teenagers who had partially injured their ACL, it appears that some ACL injuries can “heal”.

During the 6 years the authors also looked at those who developed worsening symptoms over time and found that 31% underwent of the group had a subsequent ACLR on average 13.5 months after their partial tear because of instability or reinjury episodes during sport.

The challenging thing for us as clinicians seems to be the many definitions of what a “partial ACL tear” is. Noyes et al (1989) defined it as tear to 50-75% of the fibres. Hong et al (2003) defined a partial tear as less than 50% of ligament fibres torn. (DeFranco & Bach, 2009) have described it as: an asymmetric Lachman test, a negative Pivot-Shift test under anaesthesia,

The problem with using a 3mm difference between legs as a cut-off for either a full tear or a partial tear is that, more than 3mm difference between limbs in anterior translation suggests ACL deficiency; but less than 3mm does not definitely correlate with a partial tear, and it does not give any meaningful information regarding the quality or functional capacity of the intact tissue.

The other clinical challenge for us to appreciate is, if the ACL is partially torn, is it partially torn right down the middle and are some fibres holding on? Or is it that only 1 of its 2 bundles are torn? If you don’t know, the ACL has 2 functional bundles that add 2 different types of stability to the knee; the anteromedial (AM) bundle and the posterolateral (PL) bundle.

So with so much inconsistency in its definition, and the unknown about whether a partial tear progresses over time, or if it can heal, one thing that is consistent in the literature is that nonoperative rehabilitation should be the first line of treatment for partial tears to the ACL (DeFranco & Bach, 2009).

Image: A non-operative approach should be the first line of treatment for partial tear's of the ACL

Like all injuries, especially ACL injuries, treatment needs to be individualised to the patient. Any associated injuries that may have been sustained at the time need to be considered and respected, as well as the demands on the knee and the goals of the patient. Patients who have a partial tear, and are involved in low risk activities, are most likely to have a good outcome without any further reinjury to the ACL or require operative treatment. DeFranco et al (2009) suggest that higher demand patients should pursue a nonoperative pathway initially, but have it explained that instability and symptoms may develop overtime and operative treatment may need to be performed in the future.

Bracing of the partial tear is up to the discretion of the treating orthopaedic surgeon and physiotherapist, but active rehab should be initiated as soon as possible after a partial tear following the same principles of a complete tear with the decision to return to sport based on strength test, function tests and psychological readiness as per ACLR. At this stage there is no evidence to suggest that bracing prevents progression of a partial to a full tear during rehab or upon return to sport (DeFranco et al 2009).

From an exercise perspective, it also makes biological sense that full AROM knee extension exercises should be avoided for the first 3 months to give the partial ACL the best chance to potentially heal. We know the greatest amount of strain the ACL encounters is during 0-30eg knee flexion, so I would recommend the same restrictions on ROM as per ACLR patients in that knee extensions be limited to 45-90deg knee extensions during the first 3 months, the progressed to full AROM exercises from 3 months onwards. Squats, lunges, leg press etc (closed chain exercises) have no restrictions on load and ROM.

From a time-frame perspective, the patient should anticipate a return to full activity at the very earliest of 3 months post injury; in addition to passing strength, function, psychological readiness tests as per ACLR patients. All the return to sport tests be found in the Melbourne ACL Rehabilitation Guide.

In summary, partial tears are less common than full ACL tears and there is mixed research about healing potential. What is certain however, is that partial ACL tears (just like full ACL tears) should be managed initially with high quality, progressive exercise therapy for a minimum 3 months before a decision is made about what to do next. 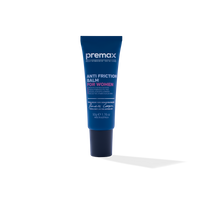