Being a long jumper, a lot of time is spent outdoors training and competing. Whenever I am out in the sun it is important I apply Premax Sports Sunscreen to protect my skin. It is my go-to sunscreen product as it dries super quick, is a non-greasy formula and is a very high protection sunscreen.

Premax Sport Sunscreen has been a life saver (literally!) to me ever since I was introduced to it. As a triathlete, I am exposed to the sun for hours on end and found this specific sunscreen to last through sessions without leaving that greasy feeling. After applying Premax Sport Sunscreen, I forget it's even there!

Premax Sports Sunscreen is the best that I have ever used! Once applied, you don’t know that it is on which is awesome for me as I have sensitive skin and have to wear sunscreen every day. 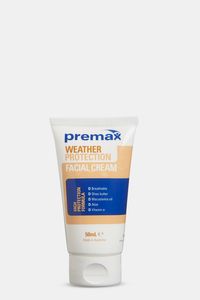 An exercise-specific, breathable and long lasting facial cream, which protects the skin in windy, cold, dry and harsh conditions.

A non-slip sports grip balm applied to the hands or sporting equipment to enable superior grip and control in all weather conditions. It’s long lasting, sweat and moisture resistant, and has a clean, dry finish. 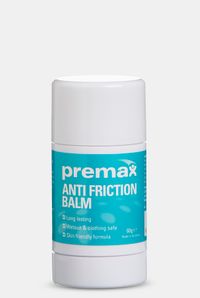 A multi-purpose, skin & clothing friendly, ultra-endurance anti chafe balm. This product will help protect your skin from chafing, blisters, friction and rubbing as well as keeping your skin in good condition.